Most of us picture wool as a cruelty-free product from gentle sheep happily grazing in lovely green pastures; sheep that naturally shed their coats or need haircuts to keep cool in hot summer months. As much as this image may be reassuring and defensible, there may not be quite as many happy sheep as we imagine.

Over 20 million merino lambs are currently mulesed each year in Australia where more than half the world’s merino wool is produced.  Although most will have their tail cut off and the males will be castrated, mulesing is by far the most controversial of sheep husbandry procedures, because of its apparent cruelty.

Mulesing was developed in 1927 by John Mules with an accidental slip of the hand shears. For nearly 80 odd years, it has been a routine husbandry procedure for the majority of merino sheep in Australia. Merinos have woolly wrinkles and folds in their skin, which, around the tail and breech area, become moist with urine and contaminated with feces. Particularly in hot and humid conditions, blowflies are attracted to this moist area where they lay eggs. When the eggs hatch, maggots eat away the flesh of the living animal — this is called flystrike.

The procedure was developed to spare sheep agony and possible death. Practitioners carve flaps of skin from around a lamb’s buttocks and tail to create an area of scar tissue. This bare, stretched skin has no folds or wrinkles to hold moisture and feces, so it becomes less attractive to blowflies.  Mulesing is considered a skilled surgical procedure. Although, by Australian law, it may be performed by unskilled persons.

Australia’s National Farmers Federation says that "mulesing remains the most effective practical way to eliminate the risk of flystrike in sheep" and that "without mulesing up to 3,000,000 sheep a year could die a slow and agonizing death from flystrike.”

Farmers throw lambs onto their backs and restrain their legs between metal bars. They use sheep shears to carve out flesh from their rumps. This is done without antiseptics, anesthesia or painkillers. Apparently money spent on such niceties would cut into their profits. Research shows the pain of mulesing is similar to that of castration, but it lasts longer— acute pain up to 48 hours and discomfort for two weeks during healing. Even worse, the exposed, bloody wounds often become infected and can actually attract more flies, leading to flystrike before the wound has healed.

Needless to say, many animal rights activists consider mulesing without pain killers to be inhumane and unnecessary— particularly when there are effective alternatives. They have also argued that the procedure may mask genetic susceptibility to flystrike which permits this genetic weakness to continue unabated.

The Australian Veterinary Association (AVA) recognizes the negative animal welfare implications of mulesing, but in "the absence of more humane alternatives" for preventing flystrike, the AVA accepts the practice. But, the AVA also recommends the use of pain relief and antiseptics-- and the accreditation of mulesing practitioners.

Although the Australian Royal Society for the Prevention of Cruelty to Animals also accepts mulesing, done properly as a last resort, only when the risk of flystrike is high; the animal rights organization, People for Ethical Treatment of Animals (PETA) strongly opposes mulesing. PETA maintains that the practice is cruel and painful, and that more humane alternatives exist.

Alternatives to mulesing must meet health standards for both the lamb and its handlers in addition to being safe for consumption as wool or meat, and there are many alternatives practiced all over the globe— including within Australia which is still the hotbed of resistance to reform.

Australia produces more than half the world's merino wool. Merino sheep, who are not native to Australia and are unsuited to the hot, humid climate; have been bred by the wool industry to have excessively wrinkled skin in order to grow more wool all over their bodies and are extremely susceptible to not only flystrike, but heat prostration.

Crutching is the common-sense removal of wool around the tail, anus (and vulva in ewes) when necessary. Crutching should be done regularly, and the flock should be monitored closely to determine frequency. Mulesing, however, is the permanent removal of skin to avoid the repetitive labor of crutching.

Blowfly control should be a integral part of animal husbandry. Such an approach includes farm management practices that take into account the timing of shearing and crutching, the timing of tail docking (if required), and strategic application of chemical treatments (if required)-- and, very importantly, regular inspection of the flock.  Spray washing is an effective deterrent to flies.

Tea tree oil applied as a dip provides a 100% kill rate of first stage maggots and a strong repellent effect against adult flies, which prevented eggs being laid on the wool for up to six weeks.

Intradermal injections and topical application of protein-based treatments which kill wool follicles and tighten skin in the breech area is being researched and shows much promise.

Breed less wrinkly sheep who do not need to be mulesed, because they are better suited for the Australian climate. Studies have shown that flystrike is lower in plain bodied Merino sheep. Experts state that an intensive breeding program could produce an entire flystrike-resistant flock within two to five years.

A Note About Sheep

Some ill-informed farmers have suggested that performing operations such as castration, mulesing, or cutting tails off without pain relief does not cause sheep pain, since there is no audible evidence of their discomfort.

Sheep are naturally preyed-upon animals, and like all such animals, much of their behavior is governed by a fear instinct. Over time their behavior has evolved to evade detection and capture by predators. When sheep sense pain, or life-threatening danger, they won’t cry out in pain or fear, to some people’s surprise. Instead, they remain silent, so as not to attract further predators.

Mutilating sheep is not just cruel; it’s also ineffective. There has been a growing recognition that better husbandry is the answer, not mutilating animals.  In March 2008 Australia’s NSW Farmers Association called for an immediate ban on mulesing in order to stave off threatened boycotts of Australian wool by up to 60 foreign (mostly European) retailers following negative publicity in Sweden and other Scandinavian countries.  On that same day the Western Australian Department of Agriculture announced that it would end mulesing of lambs on its research stations.

A growing number of Australian farmers don't mules, but many still do. Companies such as SRS Wool and I-Merino are already producing wool without mulesing sheep, and New Zealand has been free of mulesing for nearly 10 years.

The animal rights activist group, People for Ethical Treatment of Animals (PETA) has convinced 34 international companies with more than 3000 stores across the US and Europe to join its campaign to boycott Australian wool from mulesed flocks. These retailers include Next, Hugo Boss, Adidas, Abercrombie & Fitch, Timberland, H&M, American Eagle, Liz Claiborne and Perry Ellis International along with others.

What You Can Do

The most powerful message each of us can send to the wool industry is that caring consumers will not support animal cruelty. 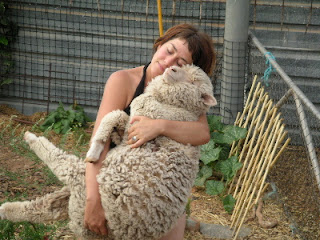 People for the Ethical Treatment of Animals opposes mulesing
http://www.peta.org/issues/animals-used-for-clothing/wool-industry/mulesing/

Australian Royal Society for the Prevention of Cruelty to Animals
espouses a moderate position on mulesing.

Read about flystrike and mulesing
http://www.animalsaustralia.org/issues/mulesing.php